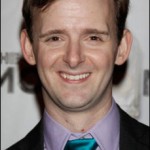 Scott Barnhardt( NYC Master Class Instructor) A graduate of Orange County High School for the Arts and Wagner College, Scott Barnhardt has performed in numerous shows on Broadway, in National Tours, and in regional performances. On Broadway, his credits include THE BOOK OF MORMON (Elder Harris/Elder Thomas); Deaf West’s BIG RIVER (Voice of Young Fool, Ben Rogers, et. al – Cast Recipient of the 2004 Tony Honor); BYE BYE BIRDIE (Teen Ensemble) City Center Encores!. He has been in the National Tours of THE BOY FRIEND (Alphonse) – Julie Andrews, dir.; Deaf West’s BIG RIVER (U.S./Japan); DISNEY ON CLASSIC (Principal Soloist) – Tokyo Philharmonic. He has performed at the Goodspeed Opera House, in SINGIN’ IN THE RAIN (Cosmo Brown), Jim Henson’s EMMET OTTER (Wendell Porcupine, u/s Emmet), HALF A SIXPENCE (Buggins), ME AND MY GIRL (Ensemble). At the Pioneer Theater Company, he has been in THE PRODUCERS (Carmen Ghia), 42ND STREET (Andy Lee). Cape Playhouse: FOREVER PLAID and PLAID TIDINGS (Jinx). He has performed at Detroit’s Fox Theater in Irving Berlin’s WHITE CHRISTMAS (Ensemble, u/s Mike Nolte), and at the Papermill Playhouse in HAPPY DAYS (Scooter, u/s Chachi, Potsie and Ralph – Cast Album). Other credits include Associate Director/Choreographer of PLAID TIDINGS at The Gem Theater in Detroit and Director of The Who’s TOMMY at Wagner College. 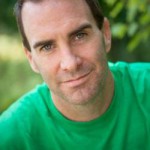 Brad Bradley (LA/NYC Master Class Instructor) Broadway credits include the original casts of Spamalot, People in the Picture, Annie Get Your Gun (w/ Bernadette Peters & Reba McEntire), Thou Shalt Not and Steel Pier. Also, the closing Broadway cast of Billy Elliot. Brad is currently performing in the world-premiere production of Tuck Everlasting at the Alliance Theater, directed and choreographed by Casey Nicholaw. 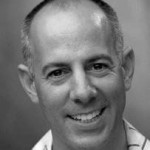 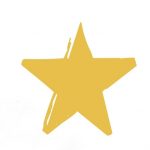 Paul Davis (NYC Master Class Instructor) has worked as a casting assistant for Broadway Revivals, Chicago, and Annie Get Your Gun, mentored by the legendary producing team, Fran and Barry Weissler. He has been a casting associate for many Broadway Productions including Fuerzabruta, Angels a new musical, Grey Gardens, and the national tours of The Scarlet Pimpernel, Chicago, and Annie Get Your Gun. Paul has a B.A. in Drama from U.C. Irvine. 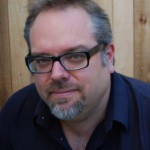 Jason DeBord (NYC Master Class Instructor) played his first show at age 14 and has been found in pits, on podiums and ever since.  Broadway credits include Shrek, Legally Blonde, All Shook Up, Rent and Lestat. Other New York credits include Bat Boy – The Musical, Radio City Christmas Spectacular, Encores and a multitude of workshops. He’s been on the road with A Chorus Line, Rent, and Urinetown The Musical.  Regionally, he’s performed at the Old Globe Theatre, La Jolla Playhouse,  A.C.T. San Francisco, and 5th Avenue Theater.  Jason has performed as accompanist for such luminaries as Sally Ann Howes, Christiane Noll and Laura Bell Bundy (music directing Bundy’s NYC country band, The Distillery.) He has appeared numerous times at Carnegie Hall with The New York Pops, and in that role accompanied – among others – Marin Mazzie, Jason Daniely, Emily Skinner and Christine Baranski. Jason is a highly sought-after audition pianist; his playing (and forehead) is featured prominently in the 2009 Sony Pictures Classics release, Every Little Step. 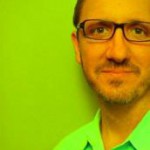 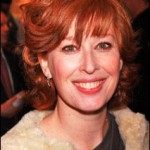 Mylinda Hull (LA/NYC Master Class Instructor) is an acclaimed Broadway talent, whose singing, dancing, and acting skills have gained her much recognition. On Broadway, Mylinda has appeared in The Nance, Dirty Rotten Scoundrels, Sweet Charity, 42nd Street, Little Shop of Horrors. Off-Broadway, she has been in both I Love You, You’re Perfect, Now Change, and Chef’s Theatre. Mylinda has done countless regional theatre productions, such as The Pajama Game, Chicago, and White Christmas. 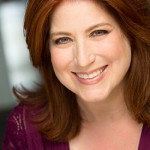 Anne L.  Nathan (NYC Master Class Instructor) Anne L. Nathan just finished a run of As You Like It, in Shakespeare in the Park her most recent credit on Broadway was recently playing the roles of Aunt Sheila and Mimsy in the Broadway musical It Shoulda Been You.  Other Broadway productions include Once, playing the role of Baruska,  the Roundabout Theatre Company’s revival of Sunday In The Park with George playing Nurse, Mrs. and Harriet, Matron “Mama” Morton in Chicago, Emma Goldman in Assassins, and the original companies of Thoroughly Modern Millie (Miss Flannery) and Ragtime.  Off-Broadway she has played Marthe in the Encores! production of Music In The Air, Aunt Eva in Stephen Sondheim’s Road Show at The Public Theater, Arthur Kopit’s Wings at 2ST and Swingtime Canteen. She has toured with the national companies of Chicago (Carbonell Award), Les Miserables and Aspects of Love. Her film and television credits include Baby Mama, King of California, “The Good Wife”, “Dirt”, “Law & Order” (Trial by Jury, Special Victims Unit, and Criminal Intent), “Veronica Mars”, “What I Like About You”, and “Bull”. She has also been on three Tony Award telecasts, Letterman, The Rosie O’Donnell Show and The Today Show. She can currently be seen on the web series Submissions Only.  Anne is a proud graduate of The Boston Conservatory and is the recipient of the 2013 Distinguished Alumni Award. 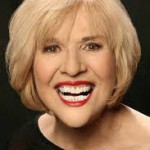 Karen Morrow (LA Master Class Instructor) Stage and vocalist personality Karen Morrow first graced the Broadway musical stage in I Had a Ball co-starring Buddy Hackett and Richard Kiley. Her last performance on The Great White Way was playing the dual role of The Princess Puffer/Miss Angela Prysock in the original Tony Award-winning musical The Mystery of Edwin Drood. Her stage work outside of New York includes the national tour of Show Boat, the opera Die Fledermaus, the musical Anything Goes, Annie Get Your Gun, Call Me Madam, Hello, Dolly!, Oliver!, Follies, Sweeney Todd, A New Brain and White Christmas – The Musical. Ms. Morrow can be heard on the concept album “Miss Spectacular,” a studio recording of an unproduced Jerry Herman stage work, and she is featured as Martha Watson in White Christmas – The Musical (Original Cast Recording). Ms. Morrow has appeared in concerts with major orchestras in Los Angeles, Minneapolis, New York City, Honolulu and The White House in Washington, D.C. She was featured as a regular guest on Garrison Keillor’s popular broadcast “A Prairie Home Companion,” and she starred in the television series “Singin’,” with her peer and friend Nancy Dussault. They both won an Emmy Award for the PBS special program called “Cabaret Tonight.” In addition to theatre and concert performances, Ms. Morrow is a nationally sought-after Master Class Teacher in the art of musical theatre performance. She has conducted Master Classes at Carnegie-Mellon; Northwestern; University of Southern California; University of California-Irvine; Pepperdine University; Arizona State University; Viterbo; Baylor; the Kennedy Center and the Los Angeles Music Center. Formerly an adjunct-Professor with the Bolger Music Theatre Program at University of California-Los Angeles, she is currently on the faculty at the American Musical and Dramatic Academy-Los Angeles.

Joe Iconis (New York Master Class Instructor) is a musical theater writer and concert performer.  He has been nominated for two Drama Desk Awards, a Lucille Lortel Award, and is the recipient of an Ed Kieban Award, a Jonathan Larson Award, and ASCAP Harold Adamson Lyric Award, and a MAC John Wallowitch Songwriting Award.  Joe’s songs appear on Season 2 of NBC’s “Smash” and his writing was recently featured in The New York Times.  He is the author of Bloodsong of Love (Directed by John Simpkins; Arts Nova and NAMT Festival of New Musicals), The Black Suits (book co-written with Robert Maddock; Barrington Stage Company Summer 2012, SPF @Thea Public Theater), ReWrite (Urban Stages, Goodspeed Opera House Festival of New Artists), Theaterworks USA’s The Plant That Ate Dirty Socks and We The People (The Lortel, National Tour).  The Orginal cast recording of his theatrical rock concert Things To Ruin is available now on Sh-K-Boom/Ghostlight Records.  He is currently work on a musical adaptation of New Vizzini’s Be More Chill for Two River Theater and a musical about Hunter S. Thompson for La Jolla Playhouse/Broadway Across America.  Joe is greatly inspired by Robert Altman, Dolly Parton, The Muppets, and The Family of Artists he frequently surrounds himself with. 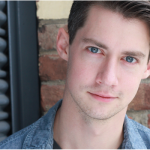 Chris Dwan (New York Master Class Instructor) Broadway debut; Finding Neverland. Off-Broadway credits include The Old Boy. Regional credits include Harmony, Lord of the Flies. He has been seen on TV in “Royal Pains” and “One Bad Choice. 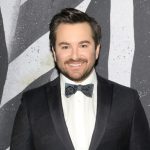 Tony Nominee Alex Brightman (New York Master Class Instructor) Alex Brightman first worked on Broadway in 2008, as an understudy in the ill-fated production of Glory Days, which ended after its first non-preview performance. Brightman never performed in the show. Thereafter, Brightman was cast as the munchkin Boq and made his Broadway debut in Wicked. He stayed with the show for two years. He obtained his next Broadway role in 2013 in Big Fish as an ensemble member and an understudy for a main role. Later in 2013, Brightman was cast as Michael Wormwood in Matilda the Musical. In 2015, Brightman joined the newest musical endeavor of Andrew Lloyd Webber‘, School of Rock, adapted from the 2003 film of the same name. Initially, Brightman played various roles that were meant to be played by child actors but were performed by adults for the workshops. Brightman was cast in the starring role of Dewey, first, in the show’s concert performances, and then, in his first starring role, in the Broadway production. Brightman is currently performing as Dewey Finn at the Winter Garden Theatre on Broadway. For this performance, Brightman received a nomination for the 2016 Tony Award for Best Actor in a Musical