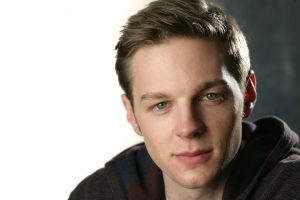 Will is currently shooting the Netflix feature Untitled Graham King Project, opposite Sandra Bullock. He was last seen as “Jem” in Scott Rudin’s Broadway production of To Kill A Mockingbird, adapted by Aaron Sorkin, for director Bartlett Sher. Next up, Will can be seen in a recurring role in Apple series Dickinson, opposite Hailee Steinfeld, as well as Aaron Schneider’s Sony feature Greyhound, opposite Tom Hanks, which will be released June 12th, 2020. Previous credits include his Broadway debut in the Pulitzer-prize winning production of Lynn Nottage’s Sweat for director Kate Whoriskey, a recurring role in FX’s spy drama, The Americans, opposite Keri Russell and Matthew Rhys, Andrew Neel’s feature, Goat, which premiered at the 2016 Sundance Film Festival, and Jenji Kohan’s HBO pilot Devil You Know, directed by Gus Van Sant. Will is a recent graduate of Syracuse University’s theater.