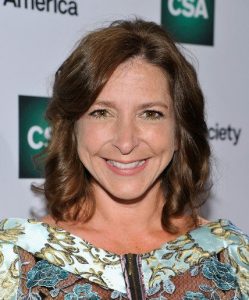 Since 2006, Beth has worked as a Casting Director on scores of Film, TV, and theatre projects. Beth has had the honor of working with award winning directors, producers, and most major film and TV studios in Los Angeles. Currently working on: Deadland (Feature Film); Two Piranha’s (Feature Film); North Of Albany (Feature Film)

Beth has had the honor of being awarded 2 Artios Awards Excellence in Casting for casting Michael Arden’s/Deaf West’s production of Spring Awakening, as well as, one for casting Annie at The Hollywood Bowl. She has as well been awarded a Media Access Award for her casting of all-­‐ability actors. Beth is a proud member of: Local Union 399, Casting Society of America, BMI. Beth had the honor of playing Frenchy in Grease! On B’way. Her most important work is as a wife to Andrew, and a mother to Isabella and Myles. She spends her free time composing classical music on the piano.